Hi! I am Gabriele, Co-Founder and CTO of Ocyan, and in this article I will try to go through some of the characteristics of a decentralised system.

#Characteristics of a decentralised system

So, first of all, what is a decentralised system? As every serious writer, in order to find the right images and words to better express my thoughts on that, I went on Google and started documenting myself. Well, while doing that I came across the following diagram.

This diagram is definitely one of the most common images you find when you search this matter. I personally find it confusing, if not quite misleading for certain aspects, because the definition of centralised/decentralised/distributed system is much more complex than that.

As our old dear Vitalik Buterin explained almost 3 years ago in one of his Medium articles here, we can explode this concept into several different dimensions of decentralisation:

A blockchain system is logically centralised, while architecturally and politically decentralised.

Let's go through some pros and cons of decentralised systems:

Let's go through the most important points:

In order to understand the power of this technology, let's deep dive in an example of real case where blockchain could have been extremely useful. I will try to be as accurate as possible, but please consider that I am not going to go through the historic and economic rabbit hole. Summer 2007. The banking system, which used to be split between investment banks and commercial banks, is enjoying a period of growth and deregulation. Briefly, what is the difference between those type of banks?

While commercial banks have access to the Central Banks where they can access some liquidity, investment banks instead have to issue bonds in order to get funds to be invested. A way where investment banks can access liquidity is the inter-bank market, which is a network where banks buy/sell capitals. Banks are extremely familiar within this network: it is a consolidated routine, it hugely relies on people networking and faith between those institutions. We can immediately see why it is very risky to blend together those 2 types of institutions: while commercial banks are the foundation of our society, investment banks represent the engine of our economy at scale. At the end of the 90's the merge was finalised, after more than 60 years of separation. In the same period there is another phenomenon happening: explosion of subprime mortgages and the real estate bubble. For a lot of reasons that I am not going to mention here US banks started to target subprime borrowers, who have weakened credit histories and a greater risk of loan default. In UK, they were known as loans "Zero charge plus furnitures". This facilitated access to credit brings to an inflated increase of the value of the real estate properties, and to the creation of a special type of bond, a derivative named Asset Backed Security. ABS, like every bond, are supposed to be a guarantee! 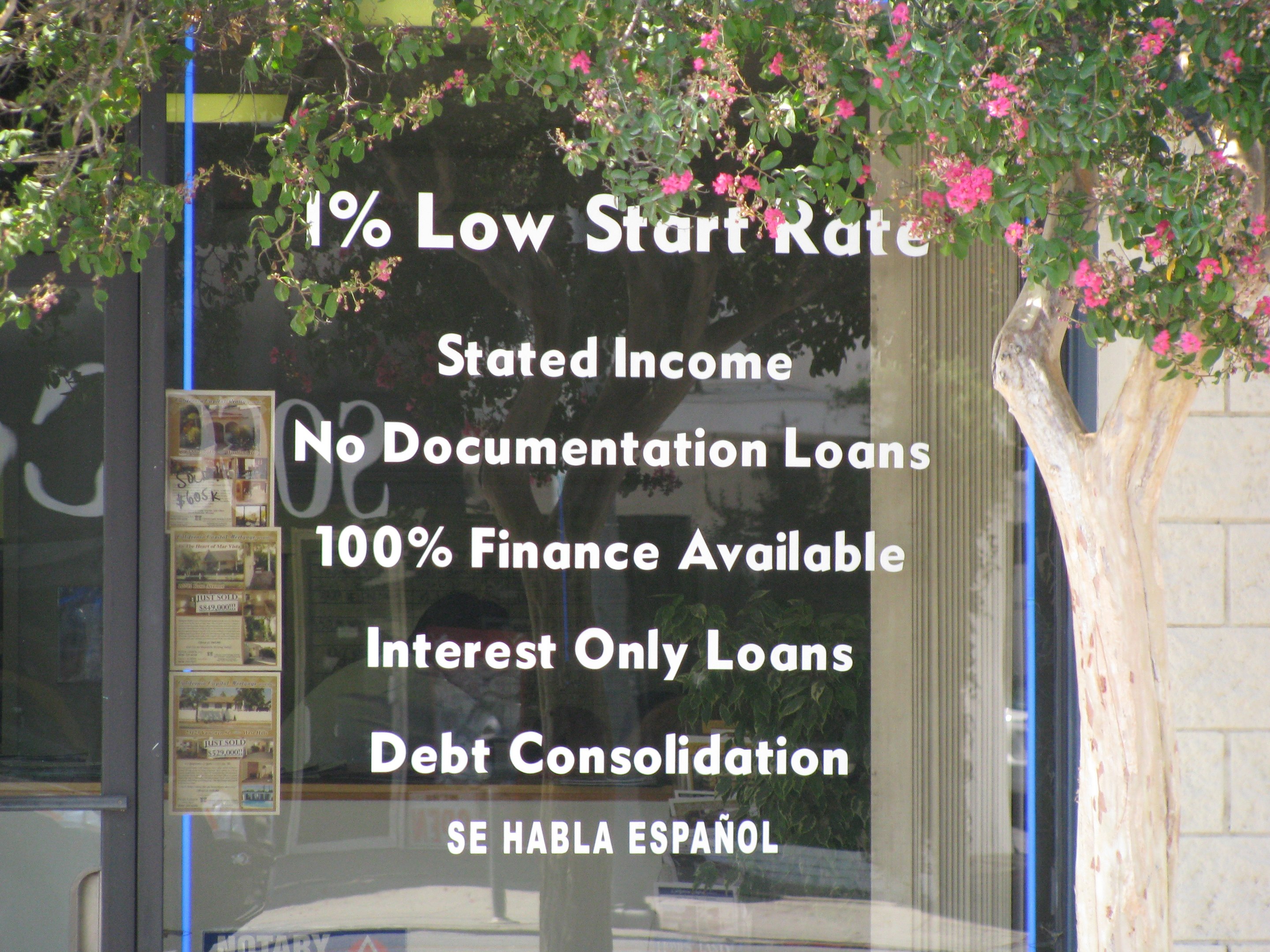 We start to see now what happens: banks sell to each other, every day, a large quantity of ABS as bargaining chips for the liquidity access. At a certain point, every bank that was accessing the inter-bank market was full of those toxic ABS bonds, and couldn't afford buying any more of them.

After the music stopped... On August, 2007 BNP Paribas announces that 3 of her investment funds are not solvent anymore; in a few words, they run out of money. It is a catastrophe: thousands of people won't be able to get back the money they invested, and those funds are not getting any more credit in the inter-bank market. It's the credit crunch, which sits at the foundation of the economic crisis. The rest of the story is a tragic history we all know.

Now, back to the topic. Could we avoid that? Could have we monitored this market any better, and maybe spotted the beginning of this crisis before it was too late? I will be obviously oversimplifying, as oversimplified is the story I mentioned above, but let's imagine for a moment that all the banks and public institutions sharing a real marketplace where they could exchange bonds and liquidity, maybe with a certain level of transparency too. Revolutionary, isn't it? Let's imagine that every bank, every day, was tracking its movements on the inter-bank market in a blockchain platform where the other nodes would be hold by other banking institutions and conduct authorities. Once we have all those informations securely stored, immutable and distributed, maybe we would have been able to spot in advance the growth of the ABS bonds. If we would have had such a platform, maybe we could have analysed those transaction being written in the ledger, we would have spotted in advance that huge institutions like Lehman Brothers was suffering, for many different reasons. Let's recap the advantages that such a platform would have represented:

At Ocyan, innovation is of paramount importance for us. Decentralisation can represent a huge competitive advantage in some cases, and bring advantages that were completely unimaginable just a few years ago. Ocyan is a Cloud Operating System that deploys all the required infrastructure, automation, monitoring, security and data integration components to run any blockchain and P2P (Peer to Peer) network on any corporate production environment (always on-prem).

If you want to reach out for more clarifications, any blockchain discussion or build something together register to our newsletter.